I was privileged to attend the Diabetes Mine University and the associated DData Exchange meetings twice – once in 2014 and again this year. These events are organized and led by people with Type 1 Diabetes (PWD) who are true advocates for better technology and treatment of their condition. The majority of the audience is wearing Continuous Glucose Monitors (CGMs) and insulin pumps. This story is from Dana Lewis (see original Twitter thread here), a strong advocate for people like herself who is passionate about taking technology to the next level to make life with this condition easier and healthier. I am pleased to have seen the progress a small group of powerful patient advocates can make in just 5 years. – John Sharp, Director, Personal Connected Health Alliance.

First, some context - it was 5 years ago at one of the early DData meetings that @scottleibrand & I shared about the smart, louder alarm system (#DIYPS) that we had created & I had used in the last year...and what we planned to do next, like trying to close the loop. And we did! We closed the loop for me in Dec. 2014, and launched #OpenAPS in February 2015.

Why was it worth doing? Automated insulin delivery has so many benefits compared to old-school "manual" diabetes. 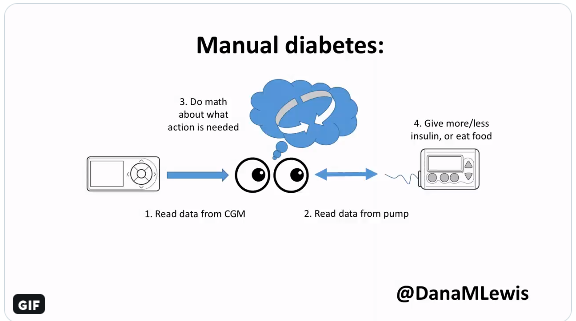 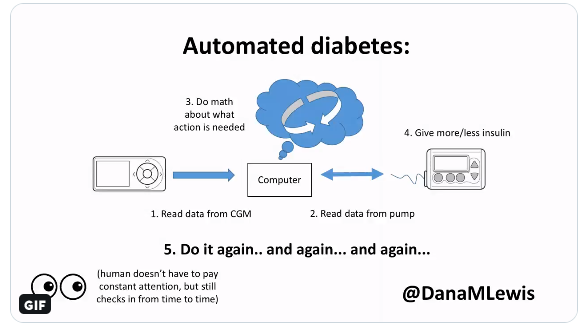 But one early piece of push-back we got was: "well, it clearly works for you, but how do you know it works for anyone else?" We didn't, but we felt it was important to share design (https://openaps.org/reference-design/) & code & let others build from it & learn from what we learned. 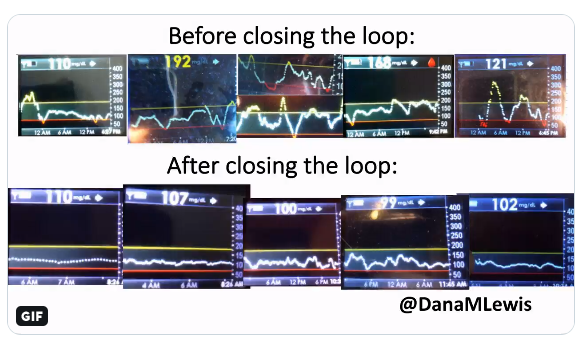 To help answer the question if it worked for other people, though, we did a survey of the early adopters in the community and presented it at ADA Scientific Sessions in 2016, and also followed up with a publication about it in a journal. 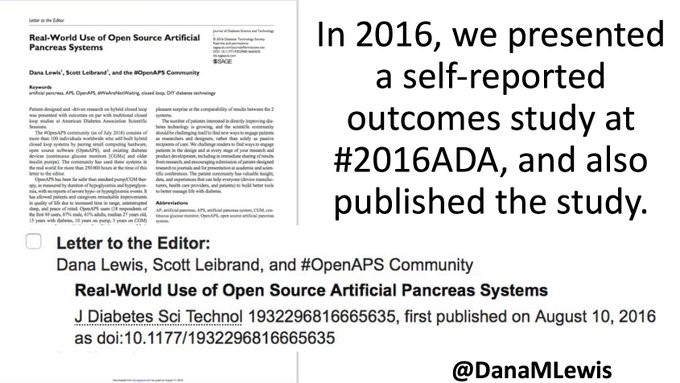 And in the last 5 years, we now know that there's not just one, not just a few, but many thousands of people globally using DIYAPS systems. And here's what we've learned in the real-world community as a result:

1. It works well for a lot of people.

There's oodles of research now published in the literature & being presented at scientific conferences. They all generally have the same results; A1c goes down, TIR goes up, time spent hypo and hyper goes down. 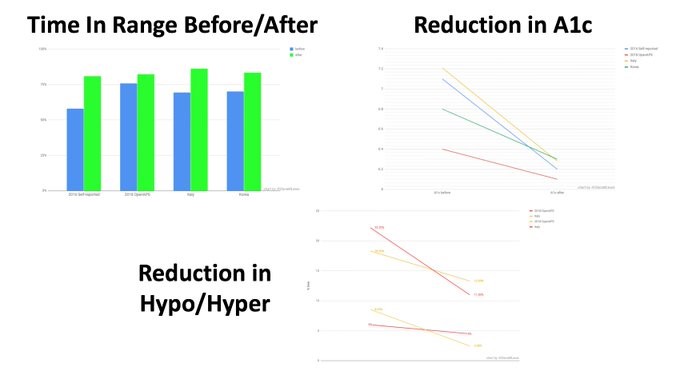 And, there have not just been retrospective real-world data studies, there have also been observational studies, prospective studies (including this one at EASD: http://bit.ly/2NVfOmC), and there are RCTs of DIYAPS in the works.

The @OPENDiabetesEU  project (of which I am a part) did a survey last year called "DIWHY". This survey also showed TIR & A1c improvements, as well as revealed many of the reasons why people are using DIY. 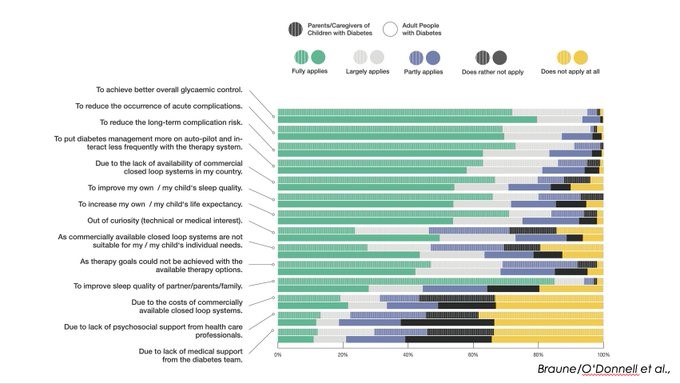 3. DIYAPS may use "simple" algorithms, but they're effective. "Machine learning"/"AI" is not required to get best-in-world results. For example - with slightly faster (~45min peak time) insulin and algorithm improvements in DIYAPS, I no longer have to bolus for meals.  So no matter what life throws my way - like my nephew giving me + 16 other people norovirus a few years ago at Thanksgiving, where I didn't eat for 3 days , or falling off a mountain and breaking my ankle in 3 places - I do less work, and get fantastic results.

4. We also know we can quantify different diabetes behaviors, and separate the impact of these behaviors. For example: what is the difference for A1c + TIR in someone who stops meal bolusing and announcing meals? Or mostly announces but doesn't bolus? etc. 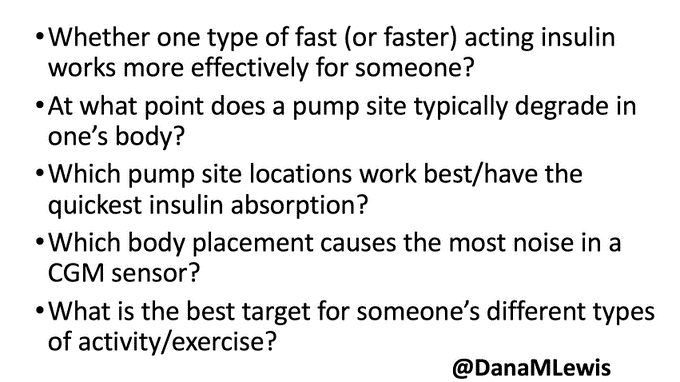 5. And we now have data & capability to answer questions we never thought possible for individuals...like understanding when pump sites become ineffective on average; where does someone get the best accuracy based on CGM body placement; best methods for exercise; etc.

For example, a lot of researchers think they've reached the frontier, the bleeding edge, and are studying DIY (something). However..... we're over here. We haven't stopped in the last 5 years.

I recognize, though, researchers typically study the way the world 'is'. But we patients are designing our future, the future we need diabetes care to be, the way things 'ought' to be. And that's sometimes why there is a gap.  We ought to have real-time access to all our data (all device types) on the device of our choosing. We ought to have reliable, accurate, affordable, and accessible devices, too.  We ought to have interoperability in all of these devices; and we ought to have the flexibility to do *less* work and achieve *better* outcomes. We also should be able to define our priorities, for our real lives, rather than these being defined by industry.

So at the end of the day - we are (still) not waiting. We've all (in the DIY and diabetes communities, and industry), made progress. But it's not enough. We can, and should, do more. Please join us. #WeAreNotWaiting