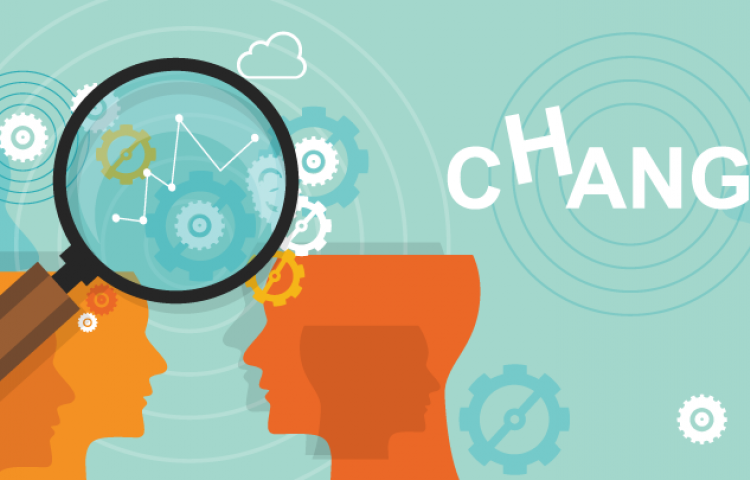 Beyond Quantified Self: Three Behavior Change Strategies that Work

Quantified self is the linchpin of nearly every health device/app on the market. We can track nearly any behavior or bodily function, including steps, calories, blood pressure, blood sugar, and now even gut gases. In spite of how far technology has come in quantifying everything the body does, we have not seen long term engagement and we have pretty tepid data regarding behavior change. The good news is that we are nowhere near the bottom of the well of evidence-based behavior change strategies that could be leveraged in health technologies.

While self-tracking often facilitates behavior change, it is rarely sufficient. Three generations of behavioral interventions have evolved since B.F. Skinner introduced the notion of quantifying behavior to clinical psychology. In modern clinical psychology, quantifying behavior is typically a lever in a more complex system. Essentially it is a screwdriver in the toolbox—an important tool for sure, but we know few people (Bob Villa aside) who can pull off building a house with only a screwdriver.

Modern behavioral strategies are informed by what we have learned about why people don’t change. Let’s be honest---people have a hard time changing because change is pretty miserable. It usually means giving up something that felt good and replacing it with something that doesn’t. Making matters worse, ditching vices like junk food, cigarettes, and alcohol often unleashes the torrent of stress these things were keeping at bay. Helping someone change behavior will require doing something about the misery of behavior change.

The most recent generation of behavioral interventions were specifically designed to tackle the misery of change. I will share three of the ways we approach this depending on where someone is in the change process---starting with the decision to change and then moving squarely into the misery.

When someone is making the decision to change, it should be informed and determined, not racked with ambivalence. To this end, clinical psychologists developed a technique called motivational interviewing (MI) which directly addresses the ambivalence resulting from that tension of wanting to change and the discomfort it causes. These competing forces erode our resolve and eventually slide us into relapse. MI helps resolve that ambivalence by helping a person deeply contemplate the pros and cons to both changing and staying the same. While this may sound like Tony Robbin’s “know your why” mantra, it goes much further. MI gives equal time to knowing your why not. Having someone fully consider all the reasons to not change acknowledges that change is a decision and all decisions come with options. MI is not a pep talk; quite the contrary, it provides nonjudgmental permission to take any path, even the path of status quo. We are careful not to minimize the discomfort of change, but instead to be realistic about what changing and not changing brings, consider where these stand in relation to one’s values, and how each option weighs against the others at this very point in life. This exercise, when carefully executed, results in a more informed and stronger commitment to change. MI could easily be technology-assisted, for example with artificial intelligence-based coaching.

An informed decision to change usually creates an openness to learn how to manage the inevitable discomfort. Acceptance-based behavioral strategies are specifically designed to give a boost to what we call distress tolerance which basically refers to how much crap you can deal with before calling it quits. Imagine someone who relapses after a few days of quitting smoking because cravings became unbearable. Acceptance-based strategies help that smoker view the discomfort as a normal part of the process that will eventually run its course even if he does nothing about it. Our natural reaction to discomfort is to quickly do something to make it go away, but this is a missed opportunity to see it was going to go away on its own. Cigarette cravings do not last the rest of your life, more like a few weeks. If we can see evidence of the slow and steady decline of discomfort, we may be more inclined to power through it. Quantified self technologies could be useful to this end by creating more precise ways for people to observe that declining trajectory of discomfort in real time.

Finally, we need an approach to dealing with failure. Anyone who has tried to lose weight or quit smoking has probably encountered some failure along the way. One way to deal with failure is to just have less of it. Behavioral activation facilitates a “more wins than losses” approach in two ways. First, achievable behavioral goals creates more wins. An achievable goal is one you are >80% confident you can accomplish. What is achievable one day may not be achievable the next, so a flat goal will result in too many losses. Daily goals for the week are planned ahead according to where they fit best in the schedule. Each time a goal is accomplished it is rated in terms of how enjoyable it was so that activities generating bad feelings can be modified or weeded out.

The second way behavioral activation produces wins is with a values-driven approach to change. Adopting a new behavior like exercise is difficult because it usually means we have to cut out something we value (e.g., sleep, time with kids). Transforming the new behavior into a vehicle to do something of high personal value makes accomplishing the goal a double win. In one of our studies, an animal loving participant decided to get her exercise by being a volunteer dog walker for the local shelter. She went from hating exercise to loving it because each walk made some lonely puppies really happy---and that made her really happy. Technology could be leveraged in behavioral activation by helping people track how each behavioral goal makes them feel, help them identify values, and manage their wins to losses ratio.

Most health technologies ignore the fact that we are suffering. We have to be really careful about this because a device that ignores our suffering will eventually become the scapegoat to it. This might explain the “sock drawer effect” that curses devices after a few months. We certainly do not want people to give up on tracking devices, we just need these devices to track the data that are meaningful to the process of behavior change and this includes far more than just behavior and bodily functions.

Psychology is ripe to enhance the quantified self movement by providing insights into what kind of data are meaningful and how to leverage that data into behavior change. To advance the next generation of quantified self health technologies, psychologists and digital health experts need to bring their tools to the same table to figure out how to build a better house than either has built alone.

Sherry Pagoto, PhD is a licensed clinical psychologist, Director of the UConn Center for mHealth and Social Media, professor in the UConn Department of Allied Health Sciences, and President-Elect of the Society of Behavioral Medicine. She tweets at @DrSherryPagoto.