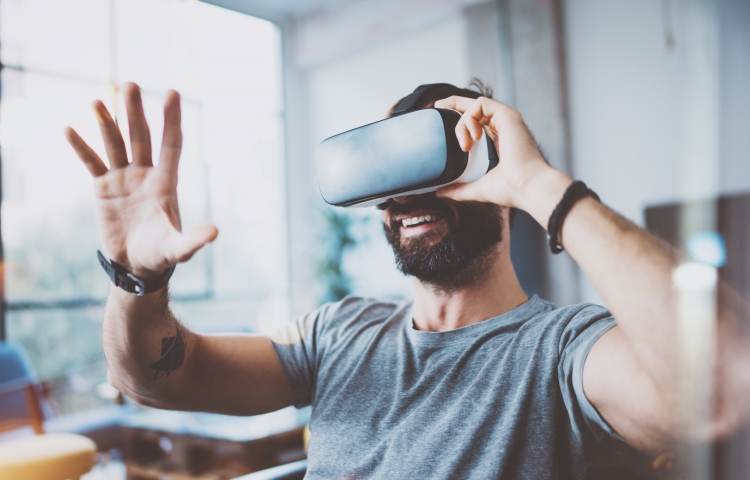 How Virtual Reality is Changing Healthcare

Many people haven't yet realized the impact Virtual Reality (VR) can have on different fields, most notably in the healthcare industry.

It’s easy to assume that this new tech is mainly useful for creating immersive entertainment experiences. Watching a movie is a lot more exciting when you’re surrounded by the action, after all.

But that’s just one way VR is changing the world. It’s also having a major impact on the healthcare industry. In fact, it actually provides a better value proposition than in other verticals and professionals in this industry have already adopted VR enthusiastically at such an early stage.

Want evidence to back up that claim? Consider these examples; they show exactly why VR in healthcare is already a revolutionary development:

The opioid crisis has given medical experts even more reason to find smart ways of treating pain. Luckily, there’s reason to believe VR might be just the solution they’re looking for.

Experts already know that letting people escape to virtual worlds can help with acute pain. Now they also believe it can be useful as a means of treating chronic pain as well.

VR provides a distraction. It’s easier to focus on something other than pain when you’re surrounded by a beautiful, immersive virtual environment. VR  also helps boost the strength of other treatments. For example, meditation helps reduce pain. Doctors believe patients are more likely to meditate if they can do so in a virtual world that’s more peaceful than the one they spend most of their time in, like a hospital room, for example.

VR is used to treat more than just physical conditions. Researchers have already used it to help patients with mental health conditions ranging from PTSD to schizophrenia.

No one wants to be in a rehab center or a hospital. VR provides patients a place to escape to. It has several psychological benefits for patients.

VR can help veterans experience their fears in a safe, therapeutic setting. It can help people with schizophrenia and similar ailments practice social interactions that can be difficult for them. It can allow people with chronic anxiety or depression to escape into pleasing worlds. The more we learn about VR’s role in healthcare, the more we realize it will be very useful for people struggling with mental health issues.

People think VR is strictly for entertainment simply because it can offer very exciting experiences. Luckily, this is also useful in healthcare.

For example, researchers have found that people are more likely to stick to a rehabilitation program if they have access to VR. Physical therapy, for example, is simply more fun and engaging in a virtual world.

As a wearable technology, VR provides better insights than any other wearable, since it can actually measure the user interaction within a specific, previously-designed environment. The fact that you can control the context and not only the content gives it a major benefit in the rehab space.

Many patients don’t want to go to a clinic for treatment. With VR, they’ll receive some forms of treatment in the comfort of their own home.

We can certainly state that VR is already the best Telehealth platform because the actual place that you are in is no longer relevant. In a VR world, it doesn’t matter where a patient is.

VR will change healthcare as we know it: it will reduce costs, improve access and patients’ experience.

If you want to catch the VR wave, now is the time to start pedaling.